This sense of book has a restricted and an unrestricted sense. A book is both a usually portable physical object and the body of immaterial representations or intellectual object whose material signs—written or drawn lines or other two-dimensional media—the physical object contains or houses.

As a physical object, a book is a stack of usually rectangular pages made of papyrus, parchment, vellum, or paper oriented with one longer side either left or right, depending on the direction in which one reads a script tied, sewn, or otherwise fixed together and then bound to the flexible spine of a protective cover of heavier, relatively inflexible material so that, when the opened front cover has received a massy enough stack of sheets, the book can lie flat. The technical term for this physical arrangement is codex in the plural, codices. In the history of hand-held physical supports for extended written compositions or records, the codex replaces its immediate predecessor, the scroll.

As an intellectual object, a book is prototypically a composition of such great length that it takes a considerable investment of time to compose and a still considerable, though not so extensive, investment of time to read. This sense of book has a restricted and an unrestricted sense. In the restricted sense, a book is a self-sufficient section or part of a longer composition, a usage that reflects the fact that, in antiquity, long works had to be written on several scrolls, and each scroll had to be identified by the book it contained. So, for instance, each part of Aristotle’s Physics is called a book, as of course the Bible encompasses many different books. 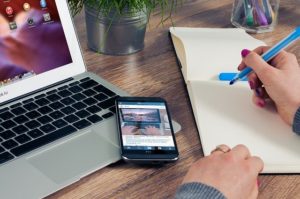